We hope you have a fun and safe summer! Stay tuned for more information about the 2020-2021 school year. Learn more about our Covid-19 response.

To develop, implement, and advocate for an equitable, sustainable, and replicable education model that improves student outcomes. In so doing, the Baltimore Curriculum Project will help to raise educational standards and opportunities for all youth in Baltimore City schools.

The Baltimore Curriculum Project – The City’s Leader in Education Reform

The nonprofit Baltimore Curriculum Project (BCP) was founded in 1996 with a single purpose: to transform the educational landscape in Baltimore City with research-based educational strategies, intensive teacher training, and extensive support for principals.

More than 20 years later, BCP, in partnership with the Baltimore City school system, is the largest charter operator in Maryland with a network of some of the most highly acclaimed neighborhood charter schools in the state: City Springs Elementary/Middle, Frederick Elementary, Govans Elementary, Hampstead Hill Academy, and Wolfe Street Academy.

Over the years, many of BCP’s educational innovations have been adopted by other city schools and have drawn visits from a constant stream of educators from across the nation and the world. Such replicable programs—including Direct Instruction, Core Knowledge, and Restorative Practices, to name a few—have made a significant difference in children’s lives in Baltimore and elsewhere.

We believe that all schools should be schools worth choosing. BCP always has focused on improving neighborhood schools to provide an outstanding education for all children. That is why we target neighborhood-based schools in some of the city’s toughest areas and provide students with the programs and support they need for success.

“I certainly have had a lot of experience working with the Baltimore Curriculum Project and can absolutely say it’s a wonderful organization and has done a lot of great things, even heroic, I would say, with the school system taking on places that no other charter operator would even consider.”

BCP works with, not against, existing school communities. All our schools have invited us to be their partner in a collaborative process that builds on the strengths already present in each school community.

A replicable model. Because we serve neighborhoods, we face the same challenges as any traditional public school. We know that if an education strategy works in our schools, it will work in any public school.

“BCP is the best operator because it offers phenomenal onsite curricular and extracurricular development and support. It delivers credible, talented consultants who work daily onsite, side-by- side with school staff to identify and solve instructional and personnel challenges.… BCP’s focus is on continuously improving teaching and learning for each student.”

This message is only visible to admins.
Problem displaying Facebook posts.
Click to show error
Error: An access token is required to request this resource. Type: OAuthException
October 21, 2020 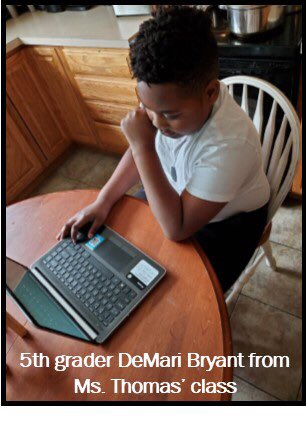 Join us as we celebrate Ahmad Collick's 2nd year as our Community School Coordinator at City Springs Elementary/Mid… t.co/mnc1cYmd3x

We recently attended a mental health workshop with Brandon J. Johnson, M.H.S. Who is an advocate for positive menta… t.co/NMvBjeuIUf