What Do We Want—And Need—Our Children to Learn: The Purpose of Public Education 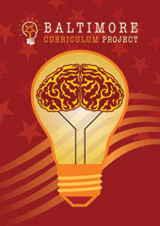 Ann Cook is co-founder and co-director of Urban Academy Laboratory High School and co-chair of the New York Performance Standards Consortium, a coalition of New York State Schools that has developed and implemented a system of performance-based assessment used to fulfill graduation requirements in lieu of the high stakes Regents exams. She has taught at Sarah Lawrence, Brooklyn and Queens Colleges.

Dr. Freeman A. Hrabowski, III has served as President of UMBC (The University of Maryland, Baltimore County) since 1992. His research and publications focus on science and math education, with special emphasis on minority participation and performance. He currently chairs the National Academies’ Committee on Underrepresented Groups and the Science & Engineering Workforce Pipeline.

Four-Star General Lester L. Lyles is an independent consultant. During his 35-year career in the U.S. Air Force he served in a number of senior leadership positions including Commander, Air Force Materiel Command and Vice Chief of Staff. General Lyles is a member of the NASA Advisory Council. He was appointed by the President to the “President’s Intelligence Advisory Board” in 2010.

Craig Thompson is an attorney, author and former talk show host. He is also a seasoned lecturer and has spoken across the country addressing topics such as educational excellence and leadership. Mr. Thompson serves as an adjunct professor and board member at the University of Maryland, College Park and as vice-chair of The SEED School.

About Leading Minds: The goal of the Leading Minds series is to engage local stakeholders and national experts in a discussion of cutting-edge educational issues. We convene these talks to influence policy and improve K-12 education. The series challenges conventional wisdom through hard conversations that consider the complexity of education policy and prioritize lasting solutions over quick fixes. By raising the quality of information and dialogue available on the most challenging questions of education policy, the series will enhance community understanding of and its commitment to the hard work necessary to improve public education in Maryland.

Urbanite is a free, four-color, monthly magazine about cities and city life as seen through the distinctive lens of Baltimore. Each issue revolves around a central theme and uses a range of perspectives, voices, and devices to illuminate aspects of urban living and connect the city to larger issues nationwide, and beyond. www.urbanitebaltimore.com

Loyola University Maryland’s School of Education is the only one in Maryland with a dedicated focus on the advancement of achievement and development of city children and youth that is based on an analytical framework of identity, race, social capital, and culture. Its wide range of undergraduate and graduate programs promote leadership and scholarship in the development of teachers, counselors, administrators, and other professionals committed to bringing about social justice by improving education. www.loyola.edu/soe 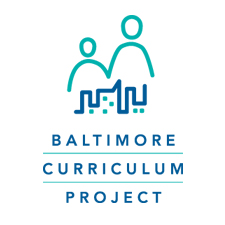 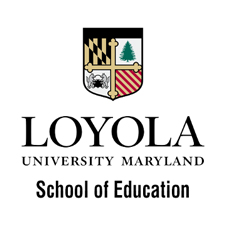 Join us, tonight at 7:00pm, for a conversation pairing research coming out of Duke University with the expertise an… t.co/F4nPdcVazN

MSDE is requiring the MCAP to be given to all 4 - 8 grade students this fall, BUT for the previous grade. So 4th gr… t.co/op5UU97Jow